Kiltinan Castle is one of the oldest inhabited castles in Ireland and dates back to the 12th century. The castle stands on an eminence of limestone rock overlooking the Clashawley river. It has a beautiful castellated gateway as the main entrance. We completed a full refurbishment of Kiltinan Casle including roofworks. 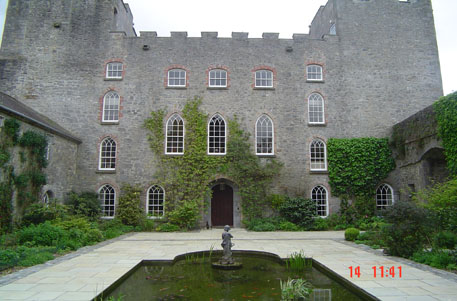 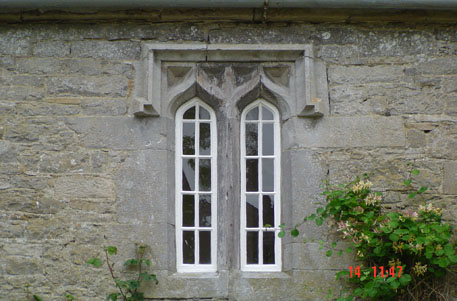 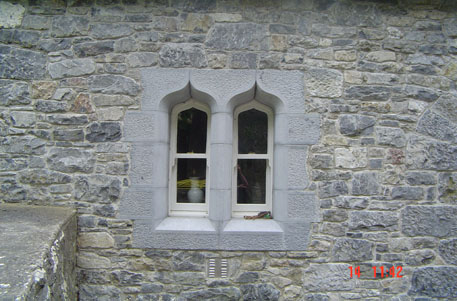 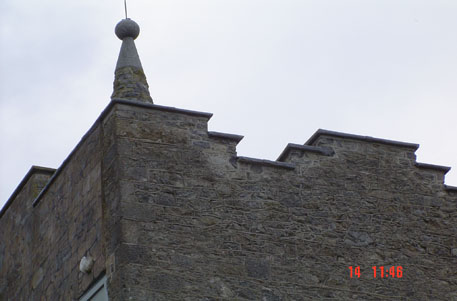 The walls had to be hacked off and treated throughout. All internal floors were soundproofed using dry sand infill. New stone finials were fitted to towers to match existing. The nursery wing was extended with stonework to match existing stonework in castle. A mahogany cantilevered stairs was fitted here. We sourced old stones of similar size and colour to match existing in castle. We fitted new gothic stone windows with wooden sashes to match existing windows.
It was difficult to scaffold and load materials on the river side as the castle is built on a cliff face. We formed a new gothic window ope on this side to gain light to kitchen. A line of old stone buildings were converted into a banqueting hall and guest accommodation. These buildings were completely reroofed with a ring beam under wallplate to strengthen walls. The biggest challenge was to excavate five foot of rock from within these buildings and form a swimming pool underneath. We sourced old pine beams to form kingtrusses in the roof and beams over the pool area.

All Case Studies
Next Case Study